The Limits of Energy Sufficiency

On 28 April Professor Steve Sorrell of the University of Sussex gave a cogent and interesting presentation of his work on the limits of Energy Sufficiency[1] in an online session as part of the Oxford Energy series. Energy sufficiency can be thought of as a goal or a set of actions that involve “…. reducing consumption of energy services in order to minimise the associated environmental impacts”. The limits are the secondary effects that reduce the impact of the actions.

For example, you may decide to cycle to work rather than take the car, but if you then decide that you can afford a large new TV your financial and energy savings will have been reduced. Economists call this a positive rebound effect. On the other hand you may decide that your good environmental behaviour allows you to take an overseas holiday. Psychologists call this moral licensing while the effect is called a negative spill-over.

In practice the two are closely linked, and can also go the other way. If cycling causes you to become very environmentally conscious and to cancel all holidays that would be a positive spill-over; and if you installed a complete new kitchen that may well be a negative rebound. 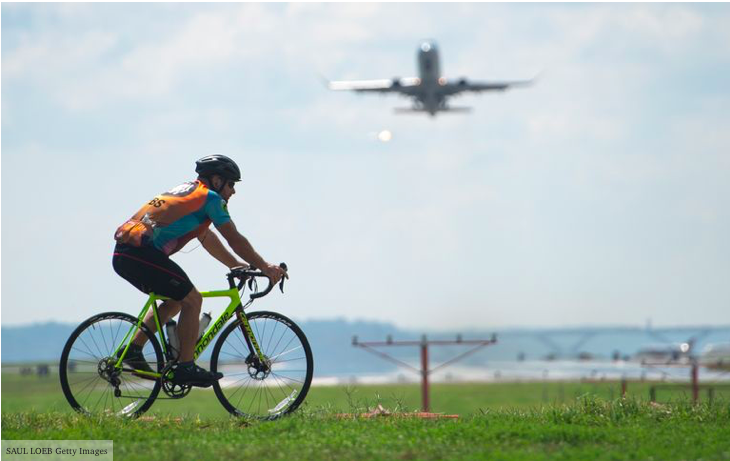 Sorrell and his colleagues are interested in measuring these effects in terms of energy use and greenhouse gas emissions. To study the indirect rebound effects researchers divide household consumption and savings into as many as 300 categories, to each of which they ascribe a share of expenditure and an emission intensity (tons of CO2 per £).  They then take one category, for example vehicle fuels, and calculate what happens if expenditure is reduced in this category and that sum distributed among other categories according to the normal pattern of expenditure.

The results are not unexpected. Seven studies in four countries found broadly similar outcomes: for example after reducing indoor temperature the rebound, which is defined as the percentage of the action taken, is found to be small but that of cutting food waste was large. The reason is that emissions associated with food are below average, so if you spend less on food and more on other categories the rebound is large and may even be larger than the original saving. On the other hand emissions from heating are large so re-spending on other categories with lower emissions causes only a small rebound.

There are significant assumptions in this process, notably concerning the pattern of re-spending and the use of average emission intensities for each category.  Beyond this there are large variations between countries in the emission content of electricity and in the taxation on fuels in particular.  There are also macroeconomic effects: for example if many people stop buying petrol its price may go down encouraging others to drive more. Such effects need to be studied with full macroeconomic models, something that has not been done for energy sufficiency.

Research on energy sufficient spillover relies mainly on study groups and self-reported actions from a large number of households. The results are not encouraging, with many documented examples of moral licencing. Larger studies of more than 1000 households find that actions and attitudes have little overall influence on energy use and emissions.  Interestingly, negative spillovers tend to occur when the initial action involves little financial cost, i.e. little real commitment. More expensive actions apparently strength the moral identity and lead to positive spillover.

In all studies of both rebound and spillover the strongest predictor of a household’s emissions is income. A small increase in income generally over-rules any environmental goodwill. In an ideal world we could improve our energy sufficiency by reducing our consumption, our income or our working time (known as downshifting), but in practice only a few of the wealthiest and most idealistic will do so. The remainder may decide to take specific steps to be energy sufficient, but should be aware that many human actions lead to other actions that reduce the overall effect.

Professor Sorrell concluded that there was a growing understanding of the determining factors influencing rebounds and spillovers but little solid evidence on the overall impacts. Further research is important in setting policies for climate change. For example, the evidence so far suggests that highlighting small cost savings in energy may actually be counter-productive. Moral licencing seems to be a strong factor in our general behaviour. Who in these days of lockdown has not thought that the present isolation justifies a future long trip away?

[1]S.Sorrell, B.Gatersleben, A.Druckman, The limits of energy sufficiency: a review of the evidence for rebound effects and negative spillovers from behavioural change, January 2020.