A recent International Energy Authority (IEA) report warned that investment in renewables in 2018 was faltering while investment in, and expenditure on, hydrocarbons was rising. Specifically the figure for coal mining in 2018, at US$80 billion, rose by 2.6 per cent by comparison with 2017, while the figure for oil and gas capital expenditure increased by 3.7 per cent to US$477 bn.

By contrast, renewable investment in 2018, at US$304 bn declined by 1 per cent by comparison with 2017.  The implications for the Paris agreement and global warming more generally are not encouraging, especially at a time when fund managers are emphasising that climate change is one of the biggest risks they have to assess.

The basic facts are brutal: Coal remains a major component of global fuel supplies, accounting for 27 per cent of all energy used worldwide and making up 38 per cent of all electricity generation. It plays a crucial role in industries such as iron and steel; China accounts for more than half of all new expenditure on coal, followed by India and Australia.

China, India (and the US) constitute over 70 per cent of the world’s annual coal consumption; world coal consumption is estimated to have risen in 2018 again after two years of modest decline and is predicted to continue at its current level for the next five years. Equally, a number of new coal projects in other countries in Asia may be financed under the Chinese Belt and Road proposal. These projects risk promoting the increased use of coal for the longer term and need to be taken into account when Chinese investment in domestic coal is considered. 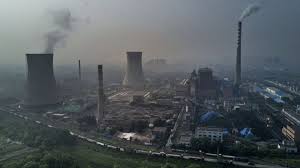 The IEA is expressing its concern because it fears that the trend is now going the wrong way. In the last few years expenditure on new renewable installations jumped as renewables became far more cost-competitive. But a reduction in subsidies in China and elsewhere has eroded this advantage and the rising oil price has made investment in quick-return shale projects attractive, not least because they do not demand huge investment.

Crucially the IEA also suggests that political backing for renewable projects has faded, or at least stagnated. In Germany, long one of the leading advocates of alternatives to fossil fuels, the decision to exit nuclear power has led to a paradoxical rise in the use of coal and even lignite, while there is significant political opposition to the construction of the power networks needed to bring renewable wind electricity from the north, where it is generated, to the south where it is needed.

Politics is not the only game in town. Major oil companies like BP and Shell are well aware of the regulatory and other changes that they see coming. On the contrary, they are keen to be seen to be investing in an electric future, hence the purchase of Chargemaster (BP) and the UK household energy and broadband provider, First Utility (Shell).

But these moves, though welcome, are essentially retail. This week, the AGMs of these two huge companies has shown that there are two different strategic approaches to a fundamental issue: should the oil companies be responsible for what their customers do with the oil and gas product they consume. BP says “no” while Shell says “yes”. But the IEA would say that the product itself needs to come from renewables if the Paris Agreement is to be respected.

By Stewart Dalby|2019-05-24T16:04:41+00:00May 23rd, 2019|Features|Comments Off on Investment in renewables has been faltering compared with hydrocarbons says the International Energy Agency (IEA