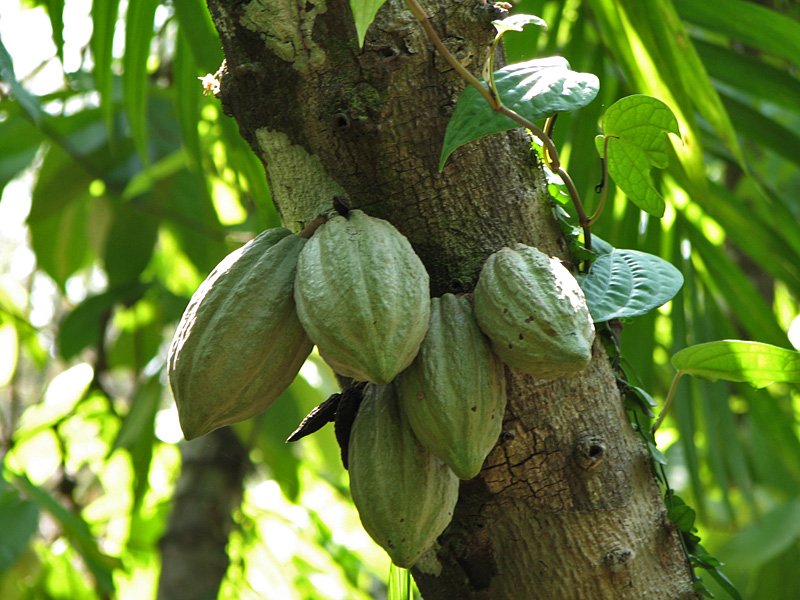 Cocoa pods: Where chocolate starts its journey. Image: By Karunakar Rayker from India,          via Wikimedia Commons

This article first appeared on the Climate News Network website

If you like chocolate you’ll love this: the same tree that provides your indulgent treat is helping to slow climate change, thanks to cocoa fuel.

Sometimes the best solutions to energy problems – and to the fight against climate change – are the simple ones, like cocoa fuel.

Ghana is one of the world’s leading producers of cocoa – the vital ingredient in the multi-billion dollar international chocolate industry.

Cocoa beans are extracted from inside the pod husks of the cocoa tree. Husks are usually discarded during the production process.

Now, in a project led by specialists at the University of Nottingham in the UK, the plan is to use the husks as feedstock in bio-fuel energy installations.

“Ghana is the second highest producer of cocoa in the world and every ton of cocoa beans harvested generates 10 tons of cocoa pod husks”, says Jo Darkwa, professor of energy storage technologies at Nottingham and one of the people behind the Ghanaian project.

“In the past, this waste material was under-utilised. However, feasibility studies indicate that cocoa pod husks could be converted into valuable bio-fuels and become an important energy supply for rural areas that have only 15% electricity coverage at present.”

The plan is to design, build and put into operation small-scale bio-power electricity generation units that would burn cocoa pod husks in a gasification system. Each unit, which would include a gasifier, a small generator and a solar drier and pelletiser, would cost an estimated US$50,000.

Not only would the units help deal with Ghana’s chronic energy problems but it would also assist in the battle against deforestation, a serious problem for cocoa farmers.

Ghana’s population, now 30 million, is growing fast; about 80% of households in the country use wood as the main source of fuel for cooking and heating water.

As a result, Ghana’s forests are under considerable pressure, with severe consequences not only for wildlife and ecosystems but also for the climate.

Forests are an essential element in the fight against climate change; trees absorb or sequester considerable amounts of climate-changing greenhouse gases and help prevent global warming.

The aim is not only to build sources of sustainable energy; collection, treatment and processing of the pod husks would also create jobs and provide much-needed incomes in rural communities.

The specialists at Nottingham are collaborating on the project with the Ghana Cocoa Board and various other organisations in Ghana.

A prototype of the new bio-power unit is due to be installed and monitored at the Kwame Nkrumah University of Science and Technology later this year. – Climate News Network