Equatorial Palm Oil (EPO), a London-based company quoted on AIM, recently released its interims for the six-months up to 31 March 2018. EPO’s main asset is a 50 per cent share in Liberian Palm Development (LPD), which has started, or rather re-started, developing commercial palm oil production in Liberia. (West Africa was the original home of palm oil before the move to Southeast Asia, particularly Indonesia and Malaysia, which together now account for almost 90 per cent of world production)

.Once again, the report showed a loss, this time of nearly  £2million, substantially more than the loss of rather over a million reported for the same period last year. But this is perhaps partly to be discounted. The increased loss reflects the situation at the LPD joint venture where investment in planting palms and creating the necessary infrastructure has to occur several years before any income can be realised from the sale of oil.

Deep pockets are needed to bridge the gap; in this case it has taken the form of successive loans from EPO’s joint venture partner which owns the other 50 per cent of LPD. This partner is ultimately a large Malaysian palm oil company called Kuala Lumpur Kepong Behard (“KLK”), which somewhat confusingly, also owns 63 per cent of EPO. 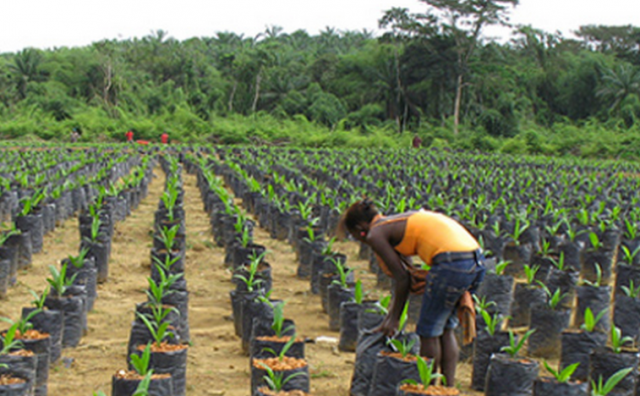 Among the achievements in the period under review are: the successful negotiation of the latest loan (for US$30m); satisfactory progress on the construction of a 30 metric tonnes per hour (mt/hr) palm oil mill at LPD’s Palm Bay estate, which is due for commissioning in Q3 2018, with first exports in Q4 2018; the breaking of ground for the construction of a new export facility at the port of Buchanan, some 15 miles from the Palm Bay estate, which is also expected to be commissioned in Q3 2018; the conclusion and publication of a Human Rights Impact Assessment report to safeguard the company’s position in the Palm Oil world where land use and Human rights remain controversial subjects.

When EPO first listed in 2010, initial planning was on the basis that palms planted in the fields in 2011 might begin to be harvested four years later, though the yield of an oil palm is relatively low at this time. (Full maturity comes in the sixth or seventh year and there should then follow some ten or twelve years of peak production before the yield starts to gradually decline. The average life of a commercial oil palm is about 25 years.)

But the major Ebola outbreak in Liberia on top of a continuing political crisis understandably caused those plans to be delayed and the company now expects that proper commercial harvesting of the palms planted in 2011 will occur this year. The company also hopes that the election in January 2018 of the new President, George Weah, will usher in an era of greater economic and political normalcy.

That future is yet to be secured and reports of a further Ebola outbreak in neighbouring Congo are a bit of a worry. But KLK’s recent loan suggests a certain confidence in the prospects for EPO, whose market cap on 21 May was £7.48m.