Since Mrs Theresa May became Britain’s prime minister a year there has been repeated talk that her government would introduce a cap on energy prices because of widespread discontent with the way the so called “Big Six” power suppliers have been over-charging consumers.

Nothing was done until she called a general election. It then seemed a good idea to say she would cap  the standard variable tariff  (SVT) if she were elected because it would win her a lot votes. But of course she lost her majority in parliament and the pledge for a cap didn’t make it into the Queen’s Speech.

The SVT is the most expensive of the tariffs levied by the energy companies including the big six—E.ON, SSE, EDF, Npower, Scottish Power and British Gas. These utilities have operated an effective cartel over the British energy market. Until very recently they held over 90 per cent of the UK’s power market. Like the high street retail banks, they run a ‘follow-my-leader’ pricing policy. 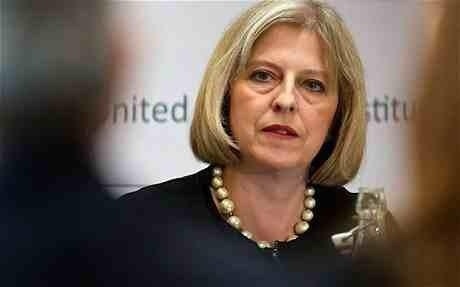 Mrs May and the industry regulator, Ofgem have claimed that capping the SVT, would save consumers £100 from the gas and electricity bill annually. The election gimmick looked like a case of closing the stable door after the horse has bolted at best. Now it look more than likely that  tariffs will not come down, but instead will rise further.

In March E.ON told its 2.5 million customers they were likely to be paying an extra £97 a year for their dual gas and electricity bills because the German owned utility would be hoisting its prices by 8.8 per cent. Four of the other big six have announced price increases of a similar magnitude. The sixth, British Gas, can be seen as a bit of a wild card and I will come to that later in this article.

The story that the energy companies were overcharging became a vexed political issue in 2014 when Ed Miliband, the then leader of the Labour Party said if he won power he would freeze energy prices.

David Cameron, the then leader of the coalition government, seemed spooked by this and asked the Competition and Mergers Authority (CMA) to look at whether the Big Six were ripping off consumers by blatant over-pricing and poor service, as many voters believed.

The CMA reported its findings in June 2015 and said that consumers were being overcharged to the tune of £1.4bn a year. The CMA also commented on some of the Big Six’s wheezes in the over-charging. It commented that an estimated two-thirds of customers — almost 20m households— are on the expensive SVT because they either cannot be bothered to switch to cheaper fixed rate tariffs, or the energy companies make it too difficult to switch.

There is also the direct-debit lark. The CMA said the utilities demanded that customers pay bills quarterly or else take out a monthly direct debit. Since most bills were based on estimates this meant that many customers ran up credit which the energy companies kept hold of. When the small energy concern GB Energy, for example, announced it was unable to continue in business last January they were holding £25m of customers money.

The CMA’s main recommendation was that consumers shop around and switch to new suppliers. For most of 2016 and early 2017 it looked as if the recommendation was working. It is estimated that more than 3m people have switched to the more than 20 or small groups, some of which have suitable catchy names like Ovo, Bulb and Spark Energy, have entered the market. These groups offered deals which came in much lower than what Ofgem described as an annual bill of £1066 for an average UK household using 3,300 kilowatt hours (kWh) of electricity and 16500 kWh of gas.

The problem remains that is that despite the attractions some 70 per cent of customers have yet to switch. This brings us back to British Gas. British Gas is wholly owned by Centrica and is by far the largest energy supplier in the UK with over 10m customers. When I wrote earlier in this article that British Gas is something of a wild card I meant that unlike the other big boys in the energy mix the company did not raise its prices over the winter, but said it would hike them by 8.5 per cent in August.

The question is, therefore what will happen to British Gas customers who have not switched now that a cap seems unlikely.  The company lost 400,000 customers in 2016 and 216,000 in the first quarter of 2017 through switching and this has impacted on British Gas’s profits.

British Gas have recently been sending out a circular saying, “It’s easy to fix your energy prices”.  But in practice they don’t make too easy to switch.  Here I have to put my hands up and declare an interest. I knew I was paying too much for the energy supply to my four bedroom house in London but I have failed to do anything about it. I decided to take up British Gas’s offer. After a waiting a very long time to get through on the phone I was told I was £452.61 in credit. I asked why I was not told. The lady replied we were waiting for the annual review in November.

Oh yeah, fish may fly. We went through the charges per kilowatt hour and she agreed that she would reduce my direct debt from £150 a month to £100. Pleased with my triumph I forgot to ask whether I would be switched to a fixed rate tariff.

I phoned back the next day and was told I had not been switched and asked what this meant. I was told that if I switched my tariff would remain the same and would be reduced if prices went down. And if I didn’t switch? Then your bill would go up, she said. I think I switched.  But to quote a  Goldwynism ( Sam Goldwyn was a Hollywood producer known for his witty epigrams). He said:” I will believe in a oral contract when I see it written down. Given British Gas’s past behaviour  I have a growing feeling they will want more money out of me come August.