Writing in ZincOx Energy’s AGM report for 2015 published in May 2016, Rod Beddows, the chairman of the erstwhile-listed London AIM group said 2015 was an extremely difficult and frustrating year for the company.

In fact, it is not an exaggeration to say 2015 was not so much difficult as near-disastrous for ZincOx. From the start of 2016 ZincOx saw its fortunes improve in some respects but it can still be said to be in intensive care and may not survive in its present form.

ZincOx is a 17 year old UK –based company which was focused on zinc mining. It has shed the last of its mining interests and in recent years has concentrated on deploying innovative technology to extract zinc (and iron) from recycled electric arc furnace dust (EAFD) from steel plants.

The company’s only flagship to date, near Pohang, South Korea’s leading steel city, came on stream in 2012 using EAFD, which is a hazardous waste and a cheap feedstock. The plant, called the Korean Recycling Plant one (KRP1), cost US$112million, with funding from ZincOx and its partner Korea Zinc, who planned to buy the recycled zinc on a long term agreement at a price based on the London Metal Exchange (LME) prices. 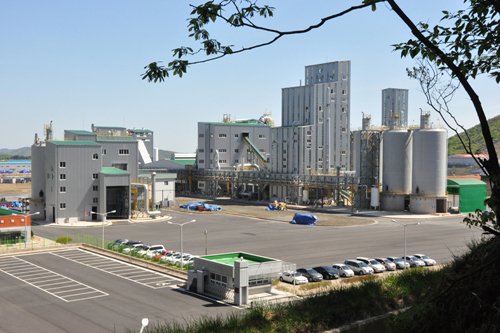 Everything seemed hunky dory and a second plant KRP2 was mooted. But KRP1 was bedevilled  by technical problems and these became acute during 2015. Specifically, profitability of KRP was compromised the frequent stoppages required to repair heat exchangers.

To make matters worse, the commodities price crash in the second half of 2015 to a five year low of US$1,639 a tonne led to continuous losses which, in the absence of additional funding, led to a major restructuring of ZincOx’s ownership of the KRP asset, the result being that ZincOx’s interest was effectively reduced to 10 per cent as at December 2015.

Following the loss of control and restructuring of KRP the carrying value of the company’s investment in KRP has been reduced to US$6.4m resulting in a one off loss of US$36.7m.

But there was a positive in the second half of 2015, in that the over-supply/ demand balance for zinc came back into kilter as some of the world’s largest zinc mines became exhausted. With demand picking up the price started to improve, reaching US$2000 a tonne by July 2016.

ZincOx began to talk about a new start. In February 2016 the company raised £205,000 and in June 2016 a further £300,000 by way of the issue of new shares at a price of 1p a share, representing a premium to the then market price of 82 per cent and 60 per cent respectively.  These funds would go towards finding a new flagship project. And the company badly needs to find a new key project.

The reduction of the company’s interest in its principal asset KRP means under AIM Rule 15 ZincOx is now a cash shell. Its shares were suspended from trading on October 31 and six months after this date unless there is a reverse takeover through the feeding-in of a new large asset, the shares no longer will be admitted to trading on AIM.

ZincOx has been looking at various options including a return to mining but its best bet just now is to pursue the tentative deal it signed last year to build an EADF recycling plant in Vietnam. The problem here is it will need to find a partner with financial muscle and that may not be easy.

The shares are tradeable on the ISDX market (the junior London market which used to be called the Plus Market) despite the AIM suspension. But at a notional 0.45p still quoted on AIM for private buyers they look down but not yet not out.