We last wrote about ZincOx Resources in December 2016 and it read like a ‘For Whom the Bell Tolls’ yarn’. The headline read: “ZincOx Resources needs to find a new flagship project if it is to survive as an AIM stock”. Well, it has not survived as an AIM stock, for the time being. It’s admission to AIM was cancelled on April 28 2017. But it has survived as a viable company, a bit battered and worn perhaps but now in a recovery mode.

ZincOx is a 17 year old UK –based company which was focused on zinc mining. It shed the last of its mining interests and in recent years has concentrated on deploying innovative technology to extract zinc from recycled electric arc furnace dust (EAFD) from steel plants.

The company’s flagship project, near Pohang, South Korea’s leading steel city, came on stream in 2012 using EAFD, which is a hazardous waste and a cheap feedstock. The plant, called the Korean Recycling Plant one (KRP1), cost US$112million, with funding from ZincOx and its partner Korea Zinc Company (KZC), who planned to buy the recycled zinc on a long term agreement at a price based on the London Metal Exchange (LME) prices. 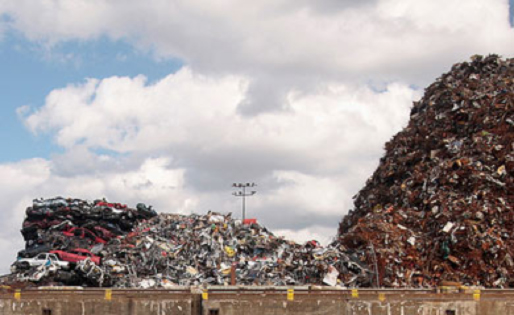 Everything seemed hunky dory and a second plant KRP2 was mooted. But KRP1 was bedevilled by technical problems and these became acute during 2015. Specifically, profitability of KRP was compromised the frequent stoppages required to repair heat exchangers.

To make matters worse, the commodities price crash in the second half of 2015 to a five year low of US$1,639 a tonne led to continuous losses which, in the absence of additional funding, led to a major restructuring of ZincOx’s ownership of the KRP asset, the result being that ZincOx’s interest was effectively reduced to 10 per cent as at December 2015.

Then to make matters even more difficult KZC experienced further financial problems and a complicated debt restructuring involving US$7.95m in loan notes, during the tail end of 2016 and the early part of 2017 resulted in ZincOx’s interest in KCP becoming zero.

The reduction of the company’s interest in its principal asset KRP meant under AIM Rule 15 ZincOx became a cash shell. Its shares were suspended from trading on October 31 and six months after this date unless there was a reverse takeover through the feeding-in of a new large asset, the shares no longer would be admitted to trading on AIM. Hence the cancellation on April 28.

Moreover throughout 2016 the over-supply/ demand balance for zinc came back into kilter as some of the world’s largest zinc mines became exhausted. With demand picking up the price started to improve, comfortably reaching over US$2000 a tonne by 2016.

With these two positives with them, the company proceeded with a new project. A Memorandum of Understanding (MoU) was entered into with the Korea Zinc Company 2016 for a Joint Venture (JV) over the Vietnamese Recycling and Upgrading Plant (VRUP), an arrangement approved by the Vietnamese government.

Following the year-end on January 19 2017, a JVA was entered into between KZC and ZincOx, for the joint development of the recycling plant, the principal terms being that KZC would hold 51 per cent of the project and ZincOx the remaining 49 per cent. The VRUP is designed to have a capacity of 100,000tpa EAFD and cost about US$107m to develop.

As for the shareholders following the AIM admission cancellation, ZincOx has appointed Asset Match, a Financial Conduct Authority (FCA) regulated group that will operate an electronic off market dealing facility for the ordinary shares. This facility will allow shareholders to trade their ordinary shares by matching buyers and sellers through quarterly auctions.

ZincOx has said that shareholders should note that following the cancellation, even with such a trading service in place, there will be no public market or trading facility on any recognised investment exchange for shares and accordingly, the opportunity for shareholders to realise their investment will be limited. When they suspended last October the shares stood at 0.45p.