UK Aim-listed Ceres Power has been a long-term champion of clean and alternative energy for many years with its innovative fuel cell and electrochemical technology. And, in more recent times, it has begun to get a bit more recognition from investors, with share prices climbing above £15 during 2021 — that’s the highest in over a decade.

While this has now slipped down to around the £6 level, that’s still way higher than for much of the past 10 years or so..It reflects not only a market more receptive to clean energy companies in general, but also the diligence and hard work of the Ceres team and its commitment to upgrading its technologies and deal-making with some well-known partners.

Perhaps it also reflects favourably on those companies with experience in what remains a rapidly-evolving — and still fairly new — industry. Indeed, management have a long history in making good connections, with the likes of British Gas, South Korean conglomerate Doosan, and Germany’s automotive Bosch company (a major shareholder in Ceres), which makes components for vehicles. 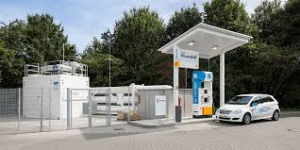 In early February, the company was also graced with a visit from the UK’s Secretary of State for International Trade, Anne-Marie Trevelyan, who toured its Redhill facility. This Surrey base is where Ceres transfers technology under licence to global partners to embed in next generation clean energy applications, helping to address key global issues like climate change and net zero targets.

When we last covered Ceres in October 2021, we highlighted how it is now on the brink of becoming a key player in reducing emissions by embracing the use of hydrogen, another trending theme in today’s clean energy evolution.

Now it’s bolstering its links with the mighty China market, recently setting out plans for a new three-way collaboration with Weichai Power and Bosch to access the country’s substantial fuel cell opportunities.

It builds on an existing partnership with Weichai, one of China’s leading engine companies, based in Shandong province.The addition of Bosch, and an increase in scope to include stationary power applications, “significantly strengthens” the venture, according to Ceres CEO Phil Caldwell.

“This exciting collaboration represents an important step in Ceres’ ambitions for the Chinese market and a critical part of delivering global manufacturing capacity for our technology,” he said.It means two separate joint venture (JV) companies will now be set up in Shandong province.In the first, a ‘three-way system JV’ will be set up to develop and manufacture solid oxide fuel cell (SOFC) systems, with Weichai the majority shareholder and Ceres holding a maximum 10 per cent share.

Here, Bosch and Ceres will licence their respective SOFC system IP to the JV for mobile and stationary applications in China and will share royalties from the sale of products. Secondly, a ‘stack manufacturing JV’ will be established to supply fuel cell stacks to the system JV, and potentially other third parties.This would be a second manufacturing plant for Bosch and follow its initial 200 megawatts (MW) facility in Germany, where initial production is anticipated for 2024.

While Ceres will not be a shareholder in this second JV, it will provide the SOFC technology through an extension of Bosch’s existing manufacturing licence to supply the Chinese market and will receive royalties on the sale of stacks.The bottom line is that Ceres expects license fees of £30 million over the next three years from both ventures — in line with those agreed in the original 2018 Weichai-Ceres agreement, with minimum payments and annual royalties receivable following start of production from each of the JVs.

It’s further validation in the Ceres team’s ability to tie up deals with big partners in major markets, and, perhaps more importantly, it will bring in some solid revenues.

While detailed agreements are still being drawn up, shares surged upwards on the news (announced on 9 February 2022) as investors once again warmed to the company.