Carbon Capture Utilisation and Storage is usually associated with large systems and high costs. The number of £1 billion is frequently quoted, for example in the UK government’s CCS competition (cancelled in 2015), the Energy White Paper of December 2020 and Shell’s CCUS Infrastructure Fund. Large systems progress slowly even if there is activity behind the scene.

Headquartered in London, Carbon Clean is taking a different approach. Founded in 2009, it offers a modular system for capturing carbon from industrial processes, called CDRMax, that can be easily adapted to the needs of a particular site. The process is the same as elsewhere: flue gases are passed through an absorber column in which the CO2 is absorbed by a liquid solvent. This mixture is extracted from the bottom of the column and sent to a desorber, which is essentially a heater that causes the CO2 to separate from the solvent. The latter is then extracted and recycled to the absorber column.

Carbon Clean uses its own patented solvent and makes sure that the heat required is minimum. It offers either the CDRMax equipment or the engineering services to design a system for a particular site. It claims that its systems are ten times more compact than other equipment and that the cost is reduced from the normal US$70 per tonne of CO2 captured to $30. Other advantages are more corrosion resistant hardware, while the standardised modules allow faster permitting and construction with minimum site disruption.

The proprietary solvent is, like other solvents, based on an amine (a derivative of ammonia) but improved, according to Carbon Clean, by mixing it with salts. Using different salts, another version known as CARBex, can remove CO2 from methane. This is used to purify biogas produced from landfills or agricultural waste.

Reports on CCS often state that it has “never been used at scale”. This is not true: it has been used for years in the oil industry, while the system for capturing CO2 can be used at all scales. The big question is what to do with the CO2 captured. Power plants and cement manufacturers produce so much that it must be stored underground or used for enhanced recovery from an oil field. However, there are chemical processes that need CO2 as an input. In Chennai, Tuticorin Alkali Chemical and Fertilisers Ltd uses Carbon Clean’s technology to capture CO2 from its power plant as an input to its production process for soda ash, an important ingredient for making detergents and glass. The capture rate is claimed to be at least 90 per cent. 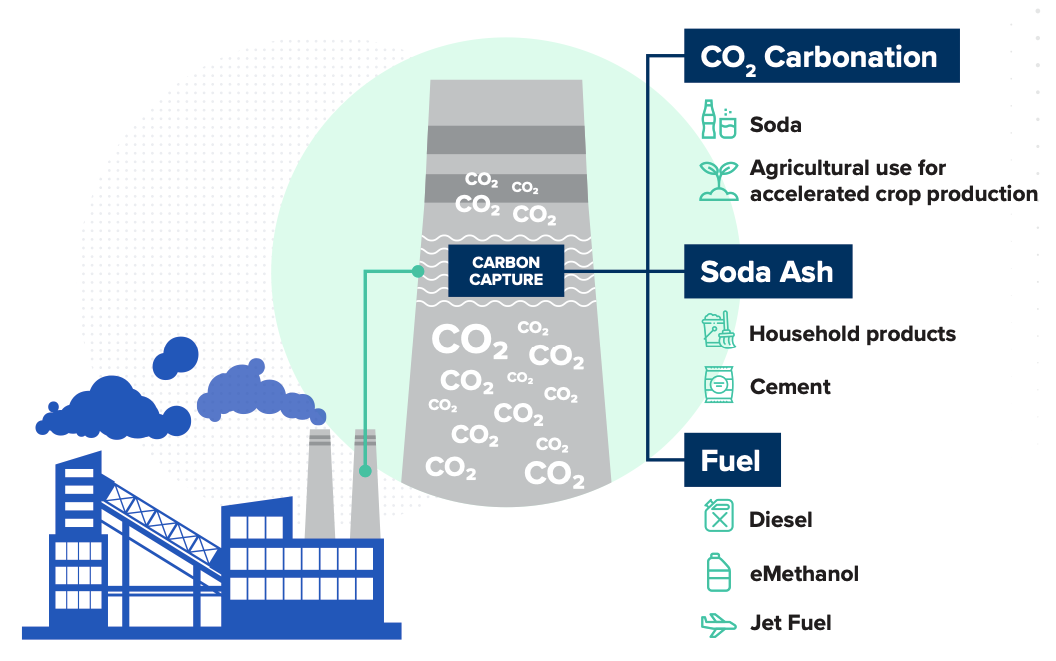 There are many other examples of this “circular economy” in which industrial plants that previously bought in CO2 from an external supplier now use their own captured gas from boilers or power units. Carbon Clean claims that its systems have already removed one million metric tonnes of CO2 from 38 facilities worldwide[1]. These facilities include biomethane producers, industrial plants and a large number of demonstration or test centres, and are situated in northern Europe, USA, India and Indonesia.

The next step involves larger CO2 producers, such as cement, steel and refineries. In September 2020 Carbon Clean signed an agreement with Cemex, a large international cement producer, to test its latest technology in a cement factory. The cement market is highly competitive, so cost is a major factor. So far, no results have been published, nor has there been any indication as to how the CO2 will be stored or used. In practice such factories will probably need to be near a CCS hub with facilities to store or use the CO2 in order for the capture to be economically viable.

Carbon Clean is a private company with branches in India, Spain, and the USA. It is privately financed with Chevron and Equinor among its major investors. It can make some useful reductions in CO2 emissions while the £1 billion big boys slowly get going.