In a trading update released on 21 October 2021 Bushveld Minerals, the South African miner of vanadium ore, reported production of 2629 mtV (metric tonnes of vanadium) for the nine months to 30 September, down 2 per cent from the same period in 2020 even though the latter was reported to have been affected by covid-19.

The drop in production was mainly caused by problems in one of the mines in Q1. This led to operations being shut down for 35 days for maintenance. Production has since almost made up for the loss, with annual production expected to meet the target of 3500 mtV. This represents 3 per cent of the global market. Most vanadium is found as a small component of iron ore, leaving about 25 per cent to be produced from magnetite and similar ores. Geographically the largest producer is China, followed by Russia, South Africa and Brazil.  Bushveld aims to increase production to around 5,200 mtV per year by the end of 2022 with a long-term goal of 8,400 mtV. 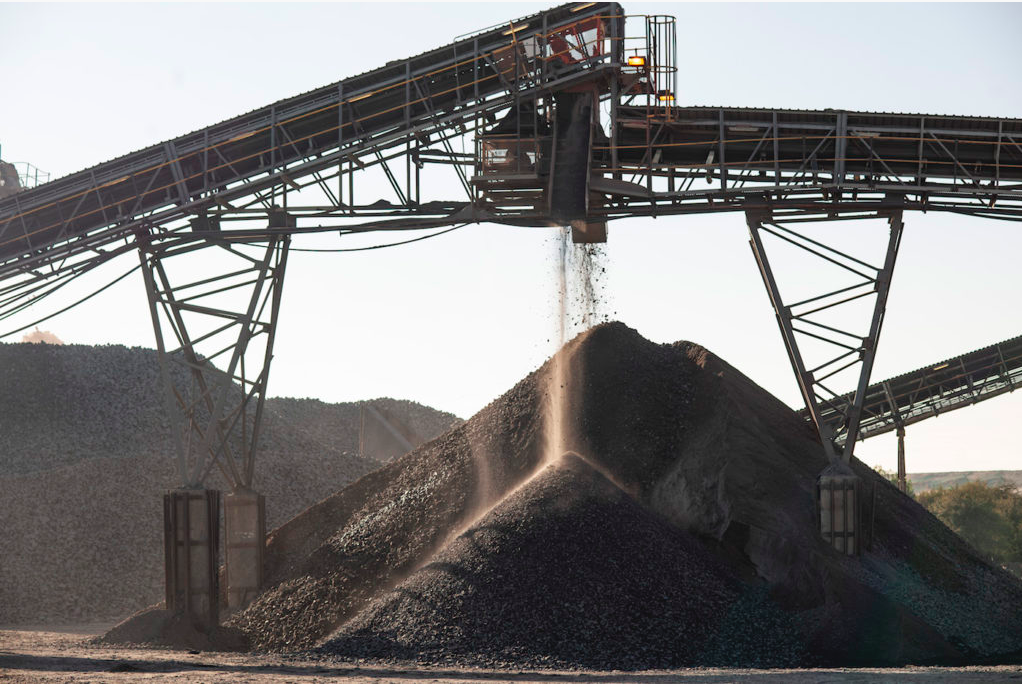 Sales at 2434 mtV were also down by 6 per cent from the first nine months of 2020. Bushveld’s CEO, Fortune Mojapelo, put this down to the disruptions in South Africa, in particular in the ports, in July and August. Steel is the main market for vanadium, because it is a small but important component of high-grade steel, increasing its strength and toughness. The demand for vanadium and hence its price depend heavily on the demand for steel. In 2020 sales were split roughly equally between the USA, Europe, China and the rest of the world.

In the half-year results to 30 June, Bushveld reported a 9 per cent increase in revenue in spite of a drop in sales mainly because the international price of FeV was higher. Unfortunately, this did not lead to an improvement in the bottom line. In 2018 and 2019 the company produced operating profits of US$95 million and $22m on revenues of $192m and $116m respectively, but in 2020 these turned to a loss of $33m on revenues of $90m. In the first half of 2021 there was a loss of $20m on a revenue of $47m.

These strong swings in results depend not only on the price of vanadium but also on the exchange rate of the South African Rand (ZAR) to the dollar. Bushveld’s expenses are in ZARs but its sales and its balance sheets are in dollars. It is difficult to tease out the true state of the company’s finances beyond these factors, both of which can change sharply. For example, the large revenue and profit in 2018 were mainly due to a vanadium price that spiked to $120 per kg, while the average was $23 in 2020 and $35 in 2021 to date.

An important part of Bushveld’s strategy has been to expand downstream in the market for vanadium redox flow batteries (VRFBs). This implied building a plant to convert V2O5 into the vanadium electrolytes used by these batteries, selling or renting the electrolytes, and even assembling VRFBs. Construction has started at the plant, but with unknown completion date, while 9000 kg of V2O5 was sold to Invinity, the AIM-listed flow battery manufacturer. Bushfeld also sold its interest in Invinity, but took an interest in the VRFB manufacture Cellcube. On the other hand, the plan to assemble VRFBs seems to have been dropped.

The company still believes the market for vanadium electrolyte will be large. A year ago VRFBs seemed to be well ahead in the race to provide long term storage, but since then many other techniques have reached the trial stage. However the storage market works out Bushveld’s future will continue to depend mainly on the price of vanadium.