Angus Energy announces a transition from oil and gas to geothermal

Angus Energy is a UK oil and gas company that operates three small oil fields in the Weald Basin of Sussex and Surrey, and which listed on AIM in 2016. In 2020 it acquired a majority interest in the dormant Saltfleetby gas field in Lincolnshire, and plans to install processing facilities so that it can supply gas directly to the national grid by the end of this year (previously the gas had been processed at the nearby Theddlethorpe Gas Terminal which was shut down in 2017). After reporting no revenue in its financial year to 31 March 2021, the company expects Saltfleetby to bring in a steady stream of revenue.

Against this background managing director George Lucan announced in February that Angus Energy would become a green energy company with an initial focus on geothermal energy.

Geothermal energy has so far been ignored in the UK’s plans to reach net zero. It does not appear in the Prime Minister’s Ten Point Plan nor in last December’s Energy White Paper. And yet it is well known that the UK has significant geothermal resources. Much of it is in relatively shallow rocks with water up to 100oC which can be used to drive district heating schemes.

More significantly, in Cornwall and Devon it exists in deep granite formations in which radioactive decay has raised the temperature of the rock such that any water therein is superheated at temperatures close to 200oC. When brought to the surface the resultant steam can drive a standard steam turbine to produce electricity which, unlike heat, can be exported to the grid. Geothermal energy is not intermittent, unlike wind and solar, and also has a smaller footprint. 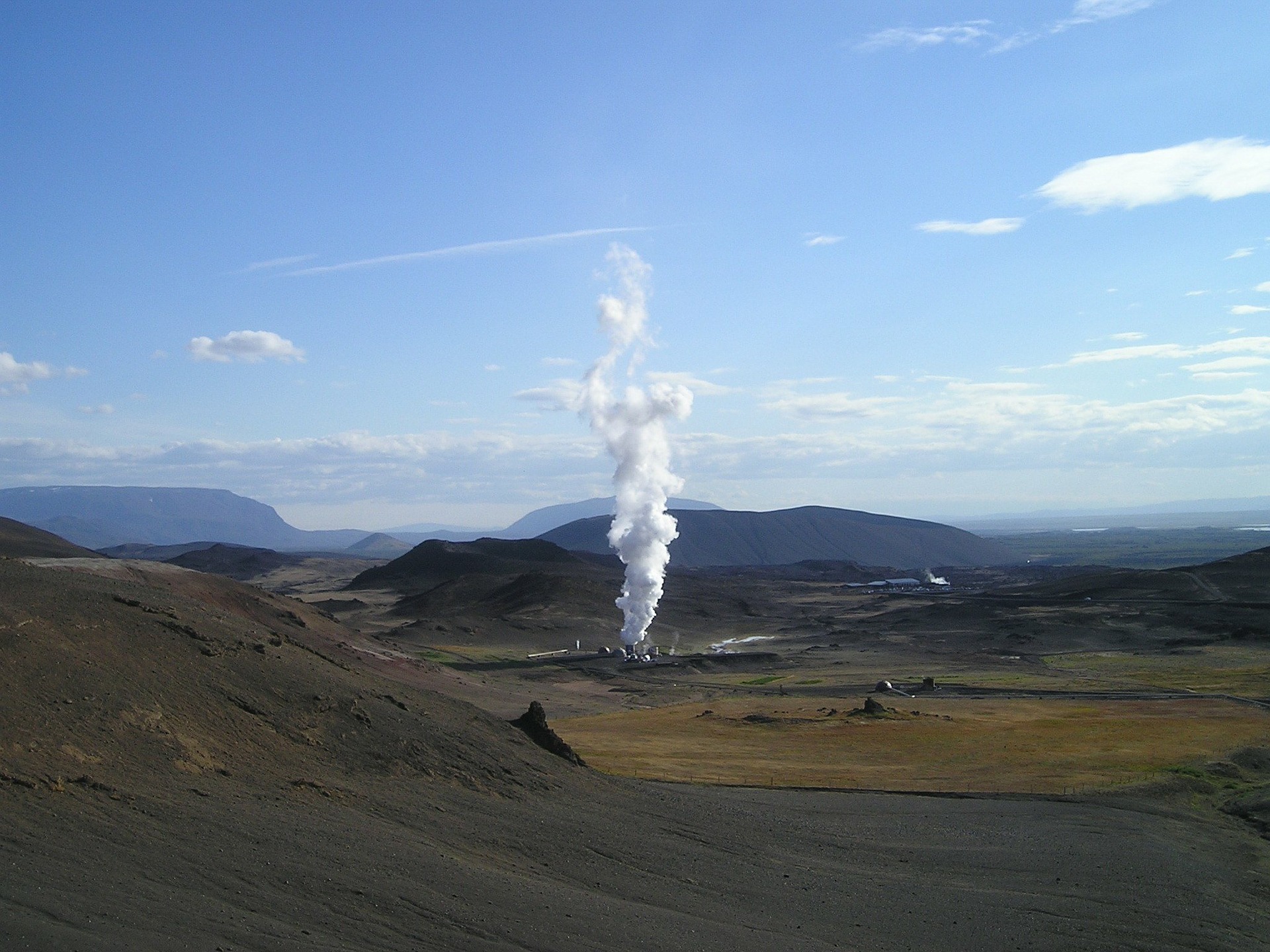 Image by Simon from Pixabay

Angus Energy aims to develop 60MW of geothermal energy by 2028 from wells on the eastern edge of Dartmoor. The wells are expected to be drilled as deep as 5000m and would be aimed to intersect a known fault system that crosses the area. The rock surrounding the fault is expected to be highly fractured and therefore sufficiently permeable to produce a constant stream of superheated water.

Talking with greenbarrel.com George Lucan admitted that the key risk was the location of such permeable zones. There are no wells in the area deeper than 800m, so they must study surface outcrops, gravimetric and other surveys in order to identify the best locations. The first well or wells are therefore similar to oilfield exploration wells, with the cost and risk that this implies.

Once a suitably productive well has been drilled, and the water has given its energy to the steam turbine, the water must be put back into the granite where it may be re-heated and used again. Angus Energy are considering several possibilities: a separate disposal well which would eventually serve three or four production wells, or two branches at the bottom of a single well, with hot water going up through an insulated pipe and cold water going down outside it. Such problems are familiar in oil and gas production.

Before drilling, permits must be obtained and funding raised. In the last fifteen years several such “hot rock” or deep geothermal projects have been proposed in Cornwall and Devon but many have failed to raise sufficient funding. For example, the Eden Project obtained permission for one in 2010 and received some government funding, but only started drilling its first well in May this year. On 1 July Geothermal Engineering Ltd announced that it had produced “first steam” from its United Downs well near Redruth, ten years after it acquired the site.

However, attitudes may be changing. It is surely right that with oil exploration slowing the expertise in oil companies should be devoted to deep geothermal development. Investors who have been comfortable putting their money into sub-surface exploration may find geothermal prospects interesting. At the same time there should be a surfeit of drilling equipment, bringing costs down.

Angus Energy’s transition plans not only cover deep geothermal. A study has shown that one well in the Saltfleetby field could be repurposed to withdraw moderately hot water from the aquifer below the gas. This would help power the site before being re-injected in another well. In the longer term the gas could be used in the planned centre for hydrogen production on the Humber, which is nearby. Depleted parts of the reservoir have the potential to store CO2 or even hydrogen. Biomass and waste to energy are also under consideration.

Angus Energy has undertaken a big challenge, in which the investment required and the risks involved are both large. The company is therefore to be congratulated on taking this initiative. We can only hope that it proves successful and that others follow its example.