On 18 November 2020, the Prime Minister produced his ten-point plan for the environment: a key point was on emissions and electric cars (EVs), including the eye-catching announcement  “From 2030 we will end the sale of new petrol and diesel cars and vans”. An announcement is one thing, but follow-up  is another.  Are there yet any signs of the latter?

The obvious starting point is the prospects for EVs.  We all know that we are currently subject to an unprecedented campaign for electric cars and manufacturers have launched a whole host of new models. . But we need how and whether this campaign translates into actual sales.

The analysis of the figures is, as always, more difficult than the collection of the data in isolation, but the starting point has to be registrations. The statistics are pretty sobering: while significant  change has already been achieved,: a lot more change is still needed.

According to the Government, in 2020 there were 38.6 million cars in the UK. Whatever the exact overall figure then, last month (May 2021) saw 156,737 new cars registered in the UK, of which13,120 were pure electic vehicles, In percentage terms that is about 8.4 per cent of all  new registrations.

Put it another way, 91.4 per cent of all new cars weren’t pure electric: admittedly, 6.3 per cent were plug-in hybrids and a further 8.3 per cent were full hybrid. But even if all the hybrids are lumped together and counted as “sort-of electric”, the fact  remains that three out of four new cars registered in the latest month for which we have figures still had a traditional fuel system. 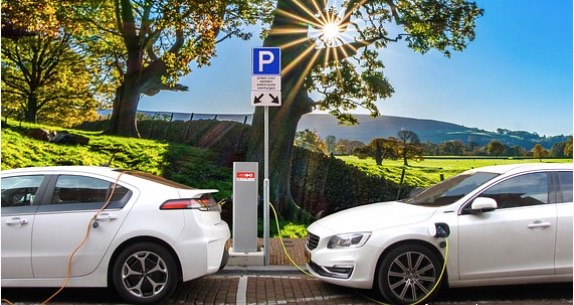 So it does not appear that “market forces” by themselves have yet been enough to achieve the desired transformation.Unsurprisingly, the Prime Minister has pledged to help the transition to electric power by banning as from 2030 all sales of new-non-electric cars, though “we will allow the sale until 2035 of hybrid cars and vans that can drive a significant distance with no carbon coming out of the tailpipe.

“ He envisages that accelerating the shift to zero-emission vehicles could deliver private investment of around £3 billion, with savings of around  5MtCO2 to 2032 and 300 MtCO2 to 2050, thus simultaneously bringing jobs and investment to the UK, reducing greenhouse gases and improving the air that we breathe.

Will this be successful? Part of the answer is that a necessary, though not a sufficient, condition is the installation of adequate charging facilities both on motorways and major roads to eliminate “range anxiety” and in homes, workplaces and residential streets to make “charging as easy as refuelling a petrol or diesel car.” To be fair, the Prime Minister has already pledged £1.3 billion to help with this.

So the planning looks fine. But it would seem from the registration data that the average British motorist is yet to be convinced that an inevitable electric revolution is upon us. Perhaps it should help that we are promised two papers for 2021 (that is before the end of this year); the first will be a Delivery Plan, setting out the key milestones for the new phase-out dates; the second will be a green paper setting out the details of the UK’s post EU emissions regulations.

In the light of this information, I’m afraid that the conclusion has to be that we must wait a little longer to tell whether we are moving remorselessly towards the electric era or whether the conversion may never take place