Porvair is getting back on track after Covid-9

The Porvair group, which specialises in filtration, laboratory and environmental technology, announced at its Annual General Meeting on 20 April that its revenue for the four months to 31 March was only 6 per cent lower than in the same period last year, with some 2 per cent of that due to exchange rate differences.

This was intended to be good news, as when the results for its financial year were announced on the 1 February, revenue was £135 million, down 7 per cent from the previous year at £145m (Porvair’s financial year runs to 30 November). Profit before tax was 17 per cent lower at £11.6m, while cash generated from operations was £13.2m, down from £16.8m in 2019.

Porvair has three divisions: Aerospace and Industrial (45 per cent of total), Laboratory (31%), and Metal melt quality (24%), with a wide geographic spread of both sales and manufacturing. Since 2004 it has grown on average by 8 per cent each year mainly by purchasing smaller companies, which it has done largely using cash from operations without taking on significant debt. For example in February it bought Basildon-based Kbiosystems, a specialist in certain laboratory instruments with a reported annual revenue of £3.8m. 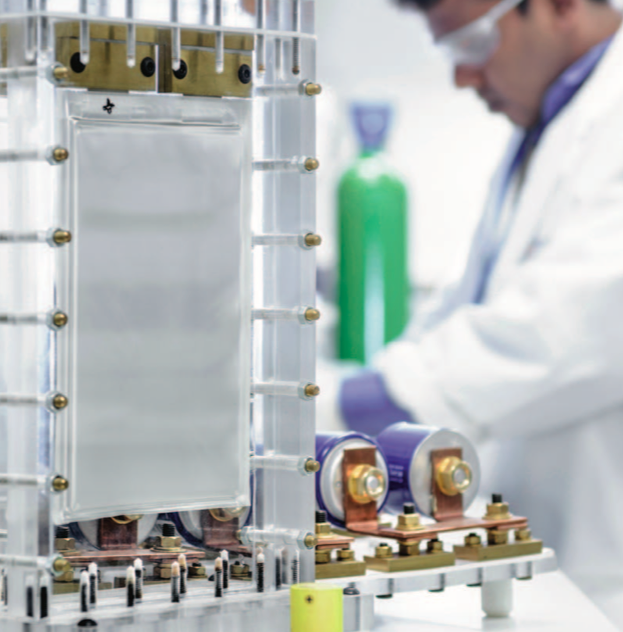 Overall Porvair feels it is onto a good thing. Filters for liquids and gases form the main part of each division’s products, but there are also associated products and one company devoted to a wide range of laboratory equipment. The designs of all products are specialised and require significant engineering skill, their use is mandated by regulations as is also their replacement, while they are built into systems with a long life-cycle that must perform within tight specifications. As stated in their report “Orders are won by offering the best technical solutions at an acceptable commercial cost. Technical expertise is necessary in all markets served…. Domain knowledge is important, as is deciding where to direct resources.”

Covid clearly affected Porvair’s results for 2020 with lockdowns affecting both orders and plant operation (one of the Metal melt plants is in Wuhan and was shut for eight weeks). However by July 2020 orders had stabilised and have increased since.  The aerospace division was the hardest hit with a drop of 19 per cent in revenue, while the laboratory division, whose products are directed more towards measuring water quality than healthcare, suffered the least.

The company found several unexpected benefits from lockdowns. Manufacturing lines could be upgraded and given a deep maintenance while there was more time for skills training. New product development gathered pace as experts were not drawn into solving daily production issues.

Porvair has issued an ESG (Environmental, Social and Governance) report for 2020. Overall the company feels that its business will be strengthened by environmental trends, such as towards cleaner fluids, not just air and water but also internal to industry, and for recyclable and reusable laboratory consumables. One interesting prediction is that there will be a trend from steel to aluminium because it is not only light but fully recyclable. Luckily for Porvair, higher-grade aluminium requires filtration (and also plenty of electricity, which it is assumed comes from renewables).

Porvair supports the UK goal of Net Zero by 2050 and will adopt guidelines from the TCFD (Task force on Climate related to Financial Disclosure). In the meantime it reports a carbon intensity ratio[1] of 0.139 in 2020, up from 0.135 in 2019 but down from 0.224 in 2010. These are for Scope 1 (direct emissions from group operations) and Scope 2 (indirect emissions of energy generated by suppliers) but have not found a way of measuring Scope 3 emissions (other emissions from the supply chain).

[1] Carbon intensity is the amount of CO2 emitted in thousands of tons divided by the sales revenue in millions of pounds sterling.