Towards the end of the second article, in this series I wrote that some small suppliers were obliged to cease trading because according to the energy regulators Ofgem they were “Unable to provide adequate customer service to customers”. I added that numerous legitimate and conscientious small suppliers faced a different set of troubles.

From, 2016 onwards their problems stemmed from the fact the Competition and Mergers Authority (CMA) shrunk from the task of separating production from distribution at the large companies. This meant that, if a small company advertised a deal at a cut price of, say, £900 a year, it would be based on knowing it could find a cheap wholesale gas price. If the gas price suddenly spiked upwards, however, the small company with no gas production of its own, would have to buy its gas on the expensive spot market, meaning it would be priced out of proceeding with its cut-price deal.

This kind of loss of contract happened to a number of small companies. To give one example, in November 2016 Ofgem announced that it had chosen the bigger Co-op Energy to take on all 160,000 customers of the collapsed GB Energy. Ofgem said that it had picked Co-Op after “a competitive process to get the best deal possible”.GB Energy’s staff were to be transferred on the same terms to Co-Op Energy”. The point to be made here is that Ofgem would also pay from its so-called Industry Levy to Co-Op Energy so that it could redeem outstanding balances held by customers. 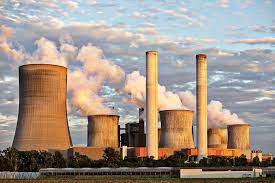 In this case the credit balances amounted to around £200,000. The Industry Levy was to be topped back up by tapping money from (taxing) many other solvent energy companies. The solvent companies would then put up their prices to recoup what they had paid out. It must have appeared to some people that all these payments going around and around were rather a neat manoeuvre to keep everybody happy. Different folk, on the other hand, might well have felt that the whole switching industry was becoming an unregulated free-for-all that could end in tears for all.

Confusing as all the payment movements may have been, however, another wrinkle in the switching narrative came to light in 2019. An investigative article in the Sunday Times was headlined, “Energy firms block switching to rivals”, under this headline the newspaper went on to write: “Energy suppliers have been blocking services that automatically move customers to cheaper rivals. New services such as Flipper and Switchd have grown in popularity because they take the hassle out of finding a good deal at a comparison site and moving between suppliers.

Flipper, launched in 2016, was the first auto switch company. It built up a customer base of 20,000 consumers. It made its money by charging a £25 annual fee upfront. In May 2019, after Flipper had disagreements with three smallish suppliers — Bulb, First Utility and OneSelect. The three groups, it emerged, stopped hundreds of customers being switched to or from them because the process was instigated by Flipper and Switchd, another auto switch service group which started in 2018.

Flipper and Switchd complained to Ofgem which found in their favour, obliging the three suppliers to accept transfers proposed by Flipper, Switched and any other sites offering automatic energy switching. The complaint highlighted the growing resistance from energy providers to auto-switch services, as they were threats to their business models.

Funnily enough, although the suppliers had their noses put out of joint by the Ofgem decision, it also meant Flipper and Switchd faced competition from a new generation of competitors using the alternative model, which could damage their profit margins. This quasi conflict has conflict has continued up to the present day. So, the question arises: since the whole switching project appears to have turned into a scrappy melee, is the goal of fair energy pricing for everybody, a chimera.

Looking at recent data from Ofgem it suggests the answer to the question is No! Yet, although according to Ofgem 24 suppliers went bust in 2019 and 2020, nevertheless, 6.4 million people switched suppliers in 2019. This is more than one fifth of the UK’s 30m households. In 2020 the total was slightly down on 2019 at 5,878,914 households, meaning almost another fifth of domestic households had bought in to cheap energy.

Sceptics will have pointed out that some of the more than12m switchers would not be entirely new switchers. Among the total there would have perennial movers who go over to new suppliers every year. After all, Ofgem suggests that some 50 per cent of households remained on the expensive standard variable tariff (SVT) iin 2019.Ofgem hints, however, that an inertia factor appears to come into play where a SVT is concerned. Some customers simply can’t be bothered to switch. It is probably safe to say, however, that well over one fifth of customers have switched to cheaper suppliers in the past two years; and this is what the government wanted.

By Stewart Dalby|2021-04-29T19:28:44+00:00April 29th, 2021|Features|Comments Off on This is the third and final article in a series on domestic energy prices rising because leading suppliers are at odds with the regulator