Chairman John Standen has always made it clear that he wants the Bioplastics division to be the largest generator of revenue for the modern Biome company. By 2017/18, the group rolled out a number of bioplastic products such as a new material for single serve pods in the sports nutrition market. The real emphasis, however, was to create a new kind of coffee cup that could prove a game-changer for the company’s revenue.

To this end, by 2017 Biome had started to develop and commercialise outer packaging and non-woven filter mesh applications. In 2018 these were coupled with rigid materials for coffee pods. In short, Biome had produced its completely compostable coffee cup. Biome subsequently had one of its best years financially in 2018.

The compostable coffee cup, if not the game changer the company had hoped for, certainly became a buoyant market in the US. It was exceeded, however, by revenues from the Stanelco RF division 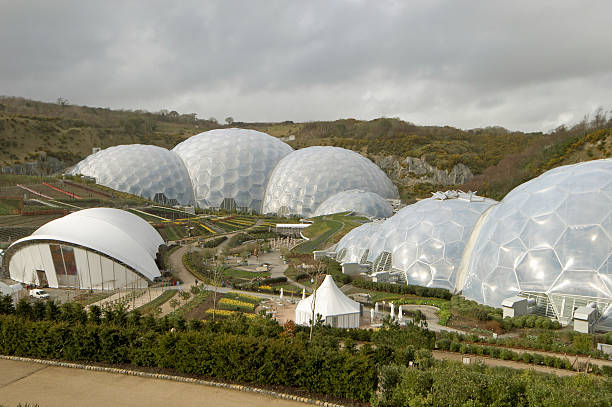 The company probably hoped the good times of 2018 would continue well into 2019. There was a good start to the year, but a trading update for the first nine months of 2019 was not encouraging. The update reported that the Bioplastics revenue was, at £2.3m, above the level for all of 2018. The income for the nine months for Stanelco RF, however, was £2.8m compared to £5.5m in 2018.This meant total group revenue for the nine months was £5.1m against £7m in the comparable period in 2018.

The company said, possibly to raise shareholder morale, that Stanelco RF should receive a revenue boost in the final quarter 2019 because of a multiple furnace order. Despite this, market expectations were that the final results would be in line with market expectations, namely a drop in revenue and a return to pre-tax losses.

One share price analysis group Digitallook.com was predicting a fall in revenue to £7.2m for the 2019 12 months and pre-tax losses of £950,000. Meanwhile, the share price of the then £7.28m market cap company fell to a low of 260p in mid-December 2019 compared to the 601p reported towards the end of 2018. It seemed that given these results turning Bioplastics into the flagship division and putting the whole company on to a steady profitable footing was going to take longer than expected.

The poor results of 2019 were not all, however. If you would scroll forward to the last quarter of 2020 and early in 2021, you would find a scenario not dissimilar to that of 2019 emerges. On 24 September 2020 a trading update from Biome stated that the group generated revenues of £2.5m for first six months ended 30 June 2020 against £3.4m in the comparable period in 2019.The company statement continued that the “Biome Bioplastics division has now become the principal revenue generator for the group with growth of 71 per cent on the first half of 2020.Stanelco RF division, on the other hand, saw a sharp decline in revenues as the impact of Covid 19 exacerbated weak market demand.

Then, Biome with another year of losses staring it in the face suddenly surprised many. On 28 January 2021 the company issued yet another scanty update statement. Its headline said: “Biome ends 2020 with a 65 per cent growth in the bioplastics division”. The text of the update then said the company was providing an unaudited pre-close trading update for the financial year ended 31 December 2020.

It added that group revenues for 2021 were broadly in line with market expectations at £5.7m compared to £6.9m for 2019. These figures excluded £124,000 grant income. There was not a word on how much Stanelco RF had contributed in the period. Finally, in very small print the company said: “The board anticipates that subject to the completion of the audit process the Group will generate a loss before interest, taxation, depreciation and amortisation (EBITDA) and share option charges for the year ended 31 December 2020”.

Biome was again thus in the red. So where does it go from here early in 2021? As it happened an opportunity turned up for Biome to become involved in a different area of bioplastics. On 4 November 2020 Biome was awarded funding of £58,843 from the government backed Innovate UK agency. The grant was for a project to develop and test a new generation of biodegradable tree shelters made from Biome’s bioplastics. Tree shelters protect young trees and bushes from predation from animals and the elements.

They are a well proven and economic route to limiting losses in the first five years of a tree’s life. Traditionally made from oil- based and non- biodegradable plastics, the majority of such shelters are never collected and eventually litter the environment with microplastics. In January 2021 Biome said it had successfully completed its three-month feasibility study for the project. So, will tree protection provide the jackpot Biome’s compostable coffee pot has yet to deliver? That remains to be seen.