Today we are introducing a new writer to Greenbarrel who, as the title of his piece suggests, looks at the arresting idea that people can power their homes by light shining on their windows, using what are known as luminescent solar concentrators. This article is planned to be the first in a series about methods of renewable energy harvesting. Oliver says: “I want to show how current scientific research can provide technological solutions to problems in renewable energy.”

When people think of solar energy, they think of fields filled with black panels, or perhaps a small array conspicuously bolted to the roof of their home. But solar energy could be receiving a colourful new look, through luminescent solar concentrators.

Luminescent solar concentrators (LSCs) can generate electricity from light shining through windows and are, by their nature, very colourful. A commonly used example of what this might look like is the Museo de Arte Contemporáneo de Castilla y León in Spain. 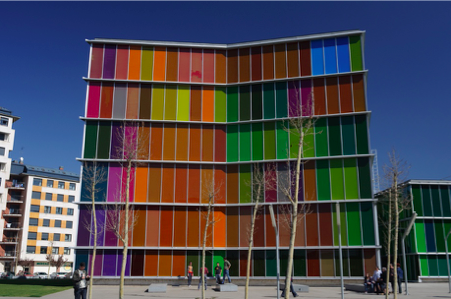 Such a riot of colour may be less welcome in an office space. However, joint work by Politecnico di Milano and Istituto Eni Donegani showed that a yellow LSC produced a “warmer, more favorable light”, which they say produces “a stimulating effect, a pleasant perception and mood of relaxing comfort”. Integrating such colour into public spaces in order to incorporate LSCs could be a welcome aesthetic challenge to architects and designers – the secular equivalent of a stained-glass window.

Luminescent solar concentrators (LSCs) are devices that collect light over a wide area and concentrate that light onto a much smaller area elsewhere. They can turn simple windows panes into energy harvesting machines by capturing the sunlight shining through them and diverting it to small strips of solar panels hidden within the frame.

LSCs workby embedding specific molecules, called lumophores, in the central pane of a triple-glazed window unit. Each lumophore absorbs a single elementary particle of light – a photon – as it attempts to pass through the window. The lumophore then emits its own photon that is trapped within the central pane. It reflects between the pane’s surfaces and travels towards the edge of the pane, where it meets the solar panel. 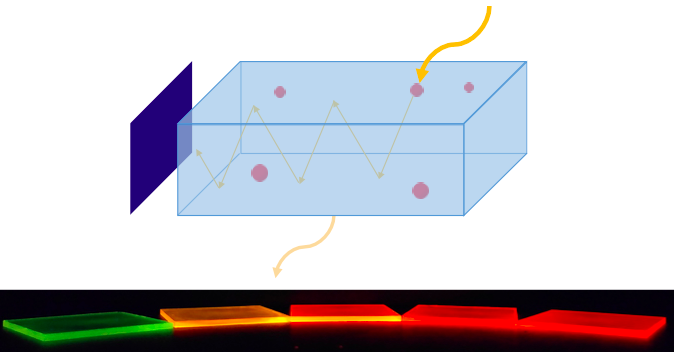 The LSC negates the need for numerous, expensive (and some would say ugly) solar panels. In cities, modern skyscrapers, with their large areas of glass, would be the ideal candidate for LSCs. The LSCs would enable electricity to be generated on site, alongside improving the ambient lighting conditions. Since buildings account for 40% of total primary energy consumption in the US and EU, such on-site electricity generation would be a considerable step towards a viable, stable renewable energy network[1].

In 2018, the European Commission coined the phrase “Internet of Electricity” – the concept of a widespread, less centralised energy grid. Such an internet of electricity would focus on generating power at the point of use as well as at large power stations.

Localised power generation can reduce the load on a national grid, so failures in the national grid, such as that caused by a broken pylon, would have a lower impact. Additionally, if there were a power surplus locally, it could be redistributed through the national grid. The system as a whole is therefore more robust against the inherent unreliability of many renewable energy sources, for example the reduction in output from a wind farm on still days.

LSCs are one method for local power generation and could be combined with other means of energy harvesting. Spread over a great number of buildings, the load on a national electricity grid could be significantly reduced. Electricity bills would also decrease for the building.

LSCs come with their own set of problems, however. Since they are still in the development stage, they are yet to become efficient enough to make their installation economically viable. There are also questions around their longevity and robustness that further research is hoping to answer.

Nevertheless, the electricity grid of the future will be far removed from our present system that relies on a few, central power stations. No one knows which energy-harvesting techniques will come to market in the future, but there will certainly be many, possibly complementary, contenders. Perhaps we can look forward to the cities of the future being aglow with colourful buildings, turning sunlight into clean energy for the occupants inside. 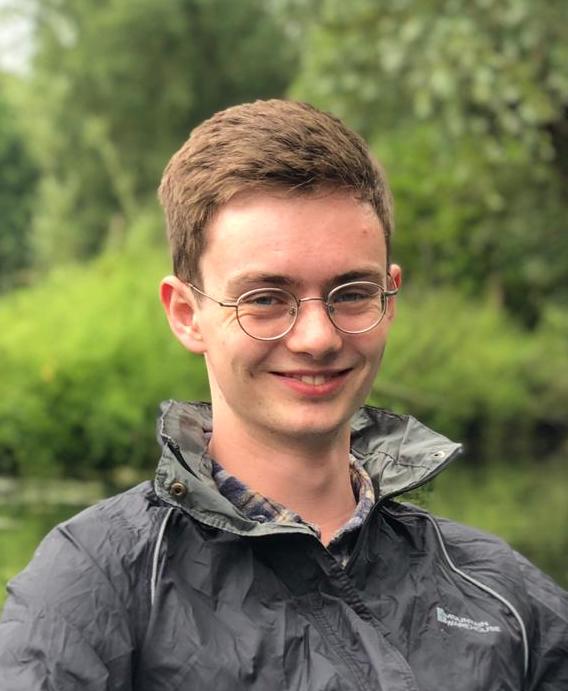 Oliver is a recent MSci of the University of Cambridge where he read Natural Sciences at Christ College. He specialised in Materials Science and was awarded a first class degree, including his dissertation on luminescent solar concentrators for building integrated photovoltaics. After graduation in summer 2019, Cambridge supported him to prepare his original Master’s research for future journal publication. During his time at university, he also produced original research on ceramic recycling sponsored by Alusid in Cambridge, and titanium & stainless steel 3D printing for Linde AG in Munich. He is currently looking to spend a year or two in industrial research on renewable energy before continuing on to PhD research.