Infinis, owned by 3i Infrastruture, has a successful business generating power from landfill and coal mine gas

A significant amount of the UK’s renewable energy is not produced by publicly-quoted companies but by those that are part of larger organisations. One example is Infinis, now part of the equity investment company 3i Infrastructure (3iN), but previously listed on the LSE. It went private at the end of 2015 and was bought by 3iN in December 2016.

Infinis’s principal activity is generating baseload electrical power from landfill gas (LFG) at 121 sites in the UK using reciprocating (piston) engines. With an installed capacity of 268MW the division produced 1424GWh in the year to 31 March 2018, which is one third of the total UK production of LFG. To be efficient the amount of gas available has to be monitored continuously and the loads on the engines adjusted accordingly.

Infinis also provides peaking power to the national grid. Its Power Response (PR) division operates 17 sites with an installed capacity of 153MW. They use the same type of piston engines as the LPG division, but in this case the engines run on natural gas from the gas grid or propane. Their role is to provide fast, local response to peaks in electricity demand, a service that is certain to become more needed as the proportion of intermittent renewable energy increases. Revenue is earned from power purchase agreements with various buyers and short-term operating reserve contracts with National Grid. 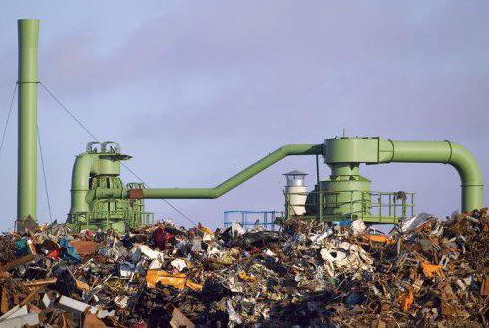 In April this year Infinis bought Alkane, which generates baseload electricity from the methane extracted from old coal mines (CMM), and about whom we wrote in June. In May Infinis reported that there were 15 sites in operation with a capacity of 43MW that generated 196GWh in the last financial year. Alkane also brought some PR sites to add to the existing fleet.

There is a synergy between the three divisions because they all use the same engines so that when, for example, a landfill site is full or the methane from a coal mine is exhausted the engines can be put to use by the PR division. The whole fleet of 370 engines is organised from the head office in Northampton and a maintenance and repair centre in Lancaster. Total headcount is around 320.

Revenue comes primarily from the Renewable Obligation Certificates (ROCs) awarded for LFG and CMM, which provided an average £97.42 per MWh of electricity produced in the financial year to 31 March 2018. This plus various incomes for peak power and adjustments gave a revenue of £150.7m for that year, with a profit of £6.6m. The corresponding numbers for the previous year are not fully available, but were roughly the same.

The ROCs should guarantee a steady income until 2027 but the remaining revenue is subject to uncertainty in electricity prices and regulations. In the longer term the number of suitable coal mines is finite, but there will be new landfills and opportunities to expand the PR division

From 3iN’s point of view, Infinis is its largest single investment, but still only 17 per cent of the total, the remainder being in transportation and logistics, communications, healthcare, natural resources and utilities. 3iN has invested £321.5m in Infinis, including £136.5 for the Alkane purchase, but valued it at £310.7m at the end of March. This looks disappointing, but largely explained by the one-off repayment of a loan. The main reason for buying Infinis was for the income, now expected to reach £12m per year. Once Alkane is absorbed it is expected that there will be savings of scale and opportunities for growth based on Infinis’s string market position.