On the 26 January Infrastructure India plc (IIP) announced that it had secured a further US$3 million as bridging loan, bringing the total to $21m, all of which is due for repayment by 29 June 2018 at the latest. In the meantime the company is paying a large12 per cent interest on the loan.

IIP is a closed-end investment fund based in the Isle of Man with a portfolio of Indian assets. More than 80 per cent of the portfolio is invested in the wholly owned subsidiary Distribution and Logistics Infrastructure (DLI), which runs four large container terminals and provides transportation services across India.  The remainder is invested in renewables: a wholly owned company, Indian Energy Ltd, which runs two wind farms, a 50 per cent stake in India Hydropower Development Company (IHDC) which has six small hydro-electric plants in Maharastra, and a 31 per cent stake in Shree Maheshwar Hydel Power Corportion (SMH) which is building a large hydro-electric plant on the Narmada river in Madhya Pradesh. 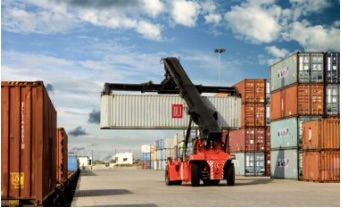 What is curious is the ownership of the company and the different lenders. The bridging loan is provided by Cedar Valley Financial, which is an affiliate of GGIC (ex Guggenheim Global Infrastructure Company, a private US infrastructure and energy company) who themselves hold the working capital loan. IIP’s assets are managed by Franklin Park Management LLP, another affiliate of GGIC, at the cost of a fixed annual fee of £5.52m and some shares.

It turns out that all these companies have essentially the same board of directors and that GGIC holds some 75 per cent of IIP’s shares. Interest payments and management fees are thus circulating within the same pair of hands.

NAV is estimated on the basis of fair value, which is computed from the discounted future cash flow. The discount rate has two components: a “risk-free” rate based on the Indian government 10 year bond yield, currently 6.7 per cent, to which is added a risk premium, which is 7 for DLI and varies from 2 for the wind farms to 8 for the hydro-electric plant under construction. The discount rates seem relatively high, leading to lower and more conservative NAV, but there is no information to support the estimated cash flows.

IIP say that one reason for the recent decrease in NAV is the change in the rupee/pound exchange rate, but this was less than 1 per cent and more than offset by the reduction in the risk-free rate. The main reason seems to be delays in completing works at DLI’s container terminals due to lack of funding. Similarly work to expand IHDC’s hydropower capacity has been either delayed or abandoned, and SHM’s construction work has been suspended since early 2017 because of legal problems.

These problems might eventually resolve themselves but investors will have to be patient. It is difficult to judge the validity of the asset valuations, while the introverted organisation and financial arrangements do not give confidence. The share price is currently 3.75p for a market cap of £25.51million.